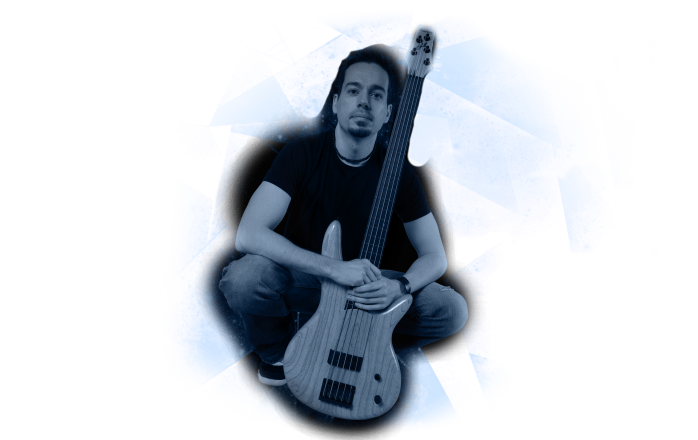 Linear Sphere bassist and Chapman Stick® player Steve Woodcock joined the band in 2005 after the release of their debut album Reality Dysfunction, replacing Dave Marks who recorded as a session musician.

Steve began playing bass in his late teens and took early influence from the progressive rock and technical metal styles. Upon hearing Sean Malone’s work on Cynic’s 1993 release Focus, Steve made the switch to fretless bass and soon became influenced by the playing of Jaco Pastorius and Gary Willis. The landmark Cynic debut album also introduced him to the sound of the Chapman Stick® – an electronically amplified musical instrument with ten or twelve strings and a fretted neck, which is played by striking the strings against the frets with the fingers – though it would be a few more of years until he would take up this instrument.

Since graduating from Basstech, Steve continued his studies with private tuition from some of the worlds top players such as Sean Malone, Laurence Cottle and Joe Hubbard.

Having shared the stage with the likes of Mastodon and Opeth, Steve has performed with a variety of acts from legendary cult US progressive death metal band Cynic through to commercial artists like Gareth Gates. He has also recorded for Guitar World, Guitar Techniques and Total Guitar magazines and teaches privately in West London.