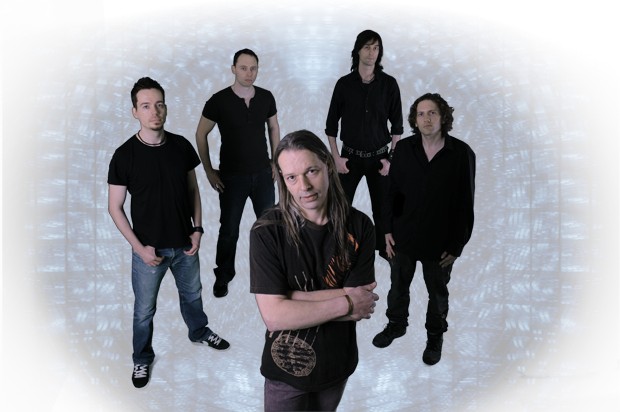 Linear Sphere is a unique blend of open-minded musicians and music lovers, who marry together a diverse range of musical styles. Progressive music in the true sense of the term. Influences from modern rock/metal, fusion and progressive styles are all apparent. The dark lyrical themes are supported by an unorthodox approach to harmony and ever shifting rhythms and time signatures.

One of the first bands of its kind and almost incomparable to any other, Linear Sphere has been formed by some of some of U.K’s finest musicians. Featuring Martin Goulding on guitar, Jamie Brooks on keyboard, Steve Woodcock on bass and chapman stick, Nick Lowczowski on drums and Jos Geron on vocals, Linear Sphere have just released their second album Manvantara, a concept album about man’s cosmic origin and journey through the ages, from the darkest days of the Kali Yuga to the enlightened times of the Krita Yuga, the influences and dark forces at work behind the illusion of our reality and mankind’s spiritual evolution through ever changing times. Featuring top British actor Paul Darrow as guest narrator, and with bespoke booklet artwork by Ashley Christudason.