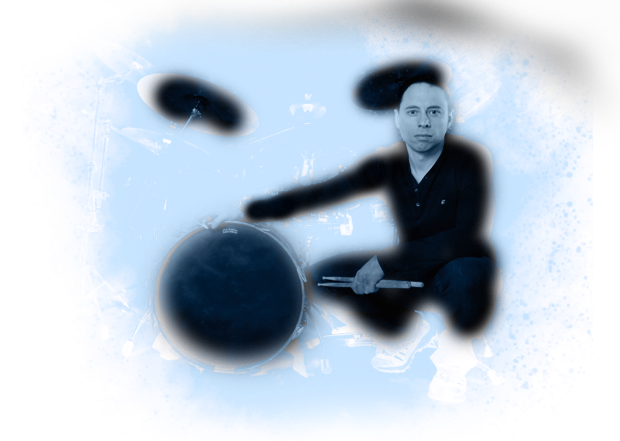 Nick Lowczowski grew up in South London and has been involved in music since an early age. He started playing the drums around 13 years, studying under renowned teacher Hamish Stewart of Reading. Always looking for new challenges, Nick gained experience by playing with a diverse selection of groups including various metal, rock, pop, jazz and cabaret bands.
Nick continued his musical education studying Farrukhabad style Tabla under Shiv Shankar Ray, and also starting an enlightening period of study with drumming innovator Pete Zeldman.

Having known Martin and former member Charlie since secondary school, the years of working together in various projects and a familiarity with each other’s playing meant Nick was the natural choice for Linear Sphere. As the first album Reality Dysfunction was already written by the time Nick got involved, his contribution was primarily rhythmic, however Nick soon became involved in composing tracks for the new 2012 release Manvantara.

Nick continues to teach privately at his studio in Wimbledon, South London, and
works closely with John Papas at Hardbeat Studio in North West London as a session drummer for various groups and artists as well as writing and recording his own album.