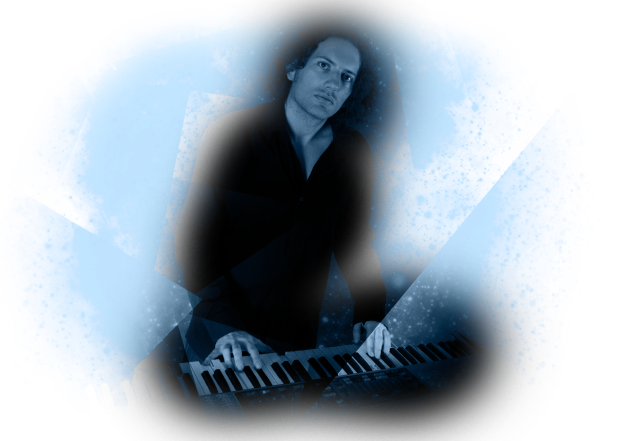 Jamie Brooks has worked extensively as a pianist, keyboard player and musical director since graduating from APU in Cambridge in 2005. Learning the piano from an early age, he was influenced by the progressive rock keyboard playing of Keith Emerson and Patrick Moraz, and later by jazz virtuosos Bill Evans and Herbie Hancock.

A keen classical pianist, he played Mussorgsky’s Pictures At An Exhibition in its entirety for his final University recital, and a year later returned to perform an evening of Argentinean music with his own band, the Jamie Brooks Trio. He was guest soloist with Nottingham Symphony Orchestra, performing Gershwin’s Piano Concerto in F in 2009.

Jamie joined Linear Sphere in 2007 after being attracted to the interesting harmonies and intricate rhythms of the band’s debut album Reality Dysfunction. This time round he has enjoyed contributing to the new release, Manvantara.

He is currently based in Cambridge. In addition to his work with Linear Sphere, he is an in-demand accompanist for both music and dance, runs a private teaching practice and tours regularly with a variety of original artists, musical shows and jazz bands.