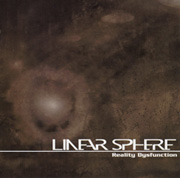 Linear Sphere was formed in 2002 in West London, U.K by guitarists Martin Goulding and Charlie Griffiths who had known each other from school along with Dutch singer and lyricist Jos Geron, who had developed a friendship with Martin since 1998 and was keen to start up a musical collaboration. Both Martin and Charlie had grown up playing together in various bands, studying under the same private teachers and eventually both working alongside each other professionally from the late 1990‘s as teachers at The Guitar Institute in London, UK as well as writing columns for Guitar Techniques, Total Guitar and Guitar World magazines. 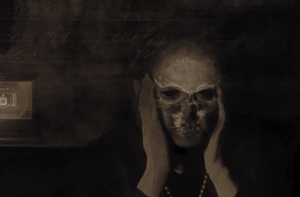 With a strong chemistry already in place, and with Jos’s enthusiasm behind them, Martin and Charlie started weekly writing sessions with the intent of writing some no-boundaries original music which incorporated their diverse influences from the thrash and hard rock of the 1980’s, to the technical death and progressive metal styles of the early 1990’s, to the epic arrangements of the progressive rock bands of the 1970‘s with the groove and harmonic sophistication of the 1970‘s jazz-rock fusion bands and which over the course of a year developed into a preproduction blueprint for an album, with Jos writing the lyrics as the songs progressed. With the music complete, and the drums, bass and keys programmed, another long term friend from the old school days, and who shared a long musical history with both Martin and Charlie, Nick Lowczowski was invited to join the band on drums and with session bassist Dave Marks who worked alongside Martin and Charlie at the Guitar Institute and guest keyboards by Adam Robinson, the band were ready to record the album. 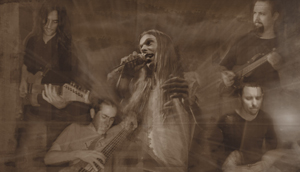 After a year of recording, and with Martin engineering, mixing and producing the sessions, and with CD artwork by Charlie Griffiths, the debut album Reality Dysfunction was released independently through Linearsphere Records Ltd in October 2004 to international acclaim, quickly gaining cult status with a stream of 5 star reviews from the rock press and with U.S distribution through Laser’s Edge . After signing a management contract with Belgium based agency Hardebaran in 2005, Reality Dysfunction was distributed throughout the UK, Benelux, France and Italy. 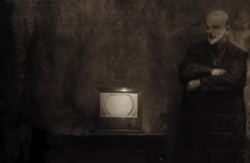 With Dave Marks unable to commit to joining the band full time due to a busy professional schedule and recording as a friend in a session capacity, Linear Sphere recruited bassist and chapman stick player Steve Woodcock who had known Charlie through some gigs and with Jamie Brooks joining on keyboard, the live band was in place. Linear Sphere went into rehearsal and played shows around the London area including a support for U.S tech-metal legends Cynic in 2007, at Dingwalls in Camden, with great reviews coming in from Metal Hammer and the rock press.

After a number of years with this successful debut album becoming harder to find, Linear Sphere are pleased to announce the re-release of this 2004 underground progressive metal-fusion classic, available from our webstore as a CD complete with 12 page booklet, and available digitally through ReverbNation, iTunes and Amazon from summer 2012.